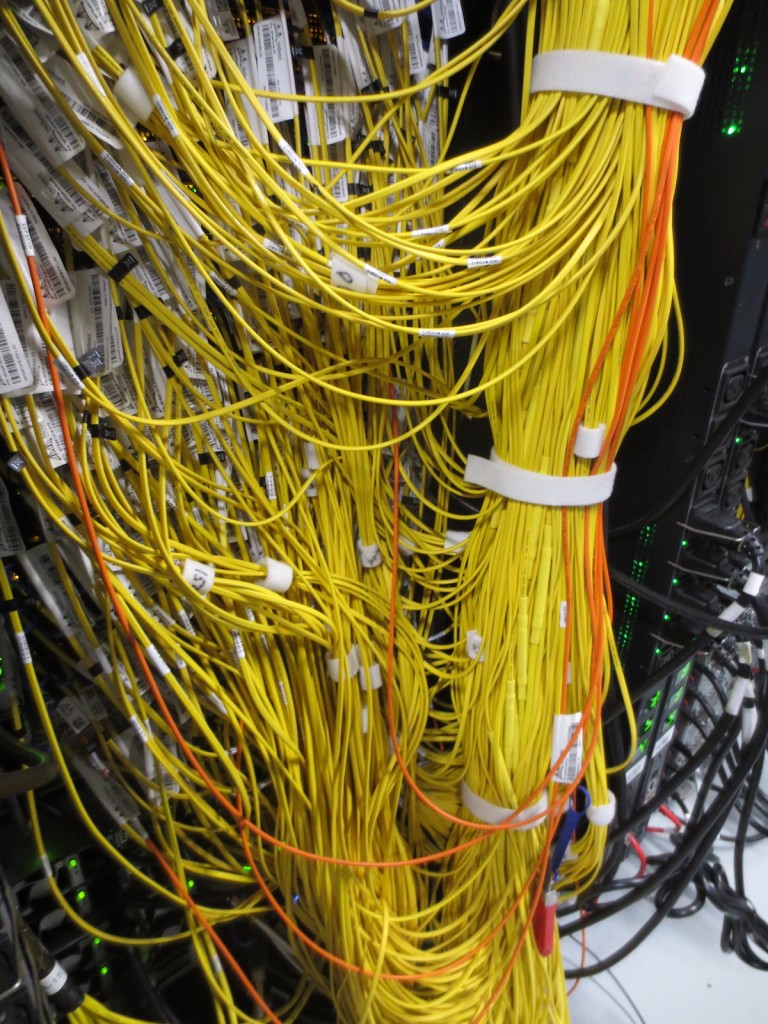 The University of Michigan Network (UMnet) has a backbone of multiple 100 Gigabit Ethernet (GbE) links between campuses and provides multiple 1GbE or 10GbE links to buildings.

If you are a current Michigan researcher, Dean, or Academic Leader and have advanced networking needs to support recruitment, contact our Director of Networks, Eric Boyd, or our Director of Advanced Research Computing, Brock Palen. ITS and Unit IT will work together to create an IT environment that works for researchers.

U-M employs a Science DMZ (demilitarized zone) designed to optimize network performance for research applications by removing obstacles that traditional networks place on data transfer and other functions. The U-M Science DMZ is based on a design from the U.S. Department of Energy’s Energy Sciences Network (ESnet). See ESnet’s Science DMZ page for more information.

Visit the U-M Science DMZ page for more details on the U-M system.

For consultation on whether the DMZ would be useful for your research, and how to connect, contact arcts-support@umich.edu.

Both Merit and MiLR have Points Of Presence (POP) where R&E networks interconnect and exchange traffic at:

In addition to general purpose connections, U-M researchers have four 10GEs from U-M’s Ann Arbor campus to Chicago over MiLR that are used for research-specific traffic. They are currently used for large data set transfers for LHC Atlas Tier2 project and uncompressed high definition video collaboration for the School of Information. The MiLR equipment will support 40 and 100 GbE connections. This technology provides great potential for additional connections that will position the university for future CI opportunities.

MiLR also provides Dense Wave Division Multiplexing (DWDM) services, allowing multiple light frequencies to share a single fiber between the three member universities (U-M, MSU, and Wayne State) and Chicago, where interconnections with other R&E and government networks are available. Such networks include:

For additional information about network resources at U-M, contact the ITS Communication Network Architects Group at itscommna@umich.edu.