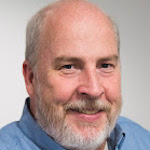 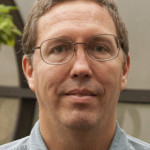 Todd Raeker, Ph.D., is the research user experience manager for Advanced Research Computing (ARC), a division of Information and Technology Services (ITS).

He is responsible for User and Software support, and is the manager of the ARC-TS Scientific Computing and Research Consulting Services.

Before joining ARC, he was the manager of computing at the University of Michigan School of Information, and the computing manager at the U-M Department of Chemistry.

He holds a Ph.D. in theoretical chemistry from Iowa State University.

Jeremy Hallum, M.A., is the research computing manager at Advanced Research Computing (ARC), a division of Information and Technology Services (ITS).

He serves as the ARC liaison to the IT staff at Michigan Medicine and is responsible for the following services:

Jeremy enjoys reading, RPGs, and working on projects around the house. 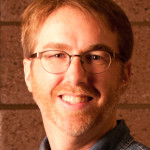 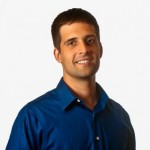 Brock Palen is the director for Advanced Research Computing (ARC), a division of Information and Technology Services (ITS).

He is responsible for implementing the overall strategy of research computing infrastructure, including high-performance computing (HPC), high-throughput computing, research storage, big data (Hadoop, Spark), private/public cloud services, and consulting for researchers at the University of Michigan.

Brock holds a degree in Nuclear Engineering and Radiological Sciences from the University of Michigan (2006). He was a member of a team that devised fuel loading for transmutation/elimination of long-lived transuranic waste to address existing high-level nuclear waste stockpile management.

While he pursued his undergraduate degree, Palen was a member of the University of Michigan Solar Car Team from 2002-2005. Brock was also a member of the core U-M Solar Car Race Crew that traveled to Chicago, where, he, along with a few others, was responsible for power and electrical systems (solar array, power delivery, and batteries).

Palen began his professional career in research computing in 2004 with the University of Michigan College of Engineering. He was responsible for the maintenance of machines and administrative software for thousands of CPUs spread across multiple HPC clusters and four technology platforms. He consulted on the optimization of applications and system usage, and organized HPC storage and software for research faculty and their students. He also worked on the National Science Foundation’s National Partnership for Advanced Computational Infrastructure (NSF NPACI). The University of Michigan was a host site for multiple NPACI-funded systems that deployed HPC resources for advanced computing on a national scale. NSF NPACI was also an early champion of the Beowulf concept of clusters, and U-M was a host site for these services that was called the Center for Advanced Computing; it later became ARC.

From 2008 to 2019, Brock served as the University of Michigan Campus Champion for XSEDE, a single, virtual system that scientists around the world use to interactively share computing resources, data, and expertise. He was responsible for user outreach, XSEDE and TeraGrid maintenance, face-to-face training courses for HPC platforms, and software tools and technology.

Palen has given talks all over the country, including the Supercomputing conference series, the Practice and Experience in Advanced Research Computing (PEARC) conference series, XSEDE, and other invited talks on the outlook of research and high-performance computing and the impact of them on technological progress.

Brock is the founder of MLDS Networks, a company that manages web hosting, content management systems (CMS), and consulting. He is a member of the Great Lakes section of the American Nuclear Society, Association for Computing Machinery (ACM SIG), Special Interest Group on High-Performance Computing (SIGHPC), SIG HPC Education, and a lifetime member of National Eagle Scout Association (NESA).

He enjoys co-hosting the podcast, “Research Computing and Engineering;” making and eating food, including cured smoked meat and vegetables; personal finance; agriculture; and home automation. In his spare time, Brock and his family enjoy northern Michigan lake life with their extended family.